The Last Night of the Deer / Homo Novus 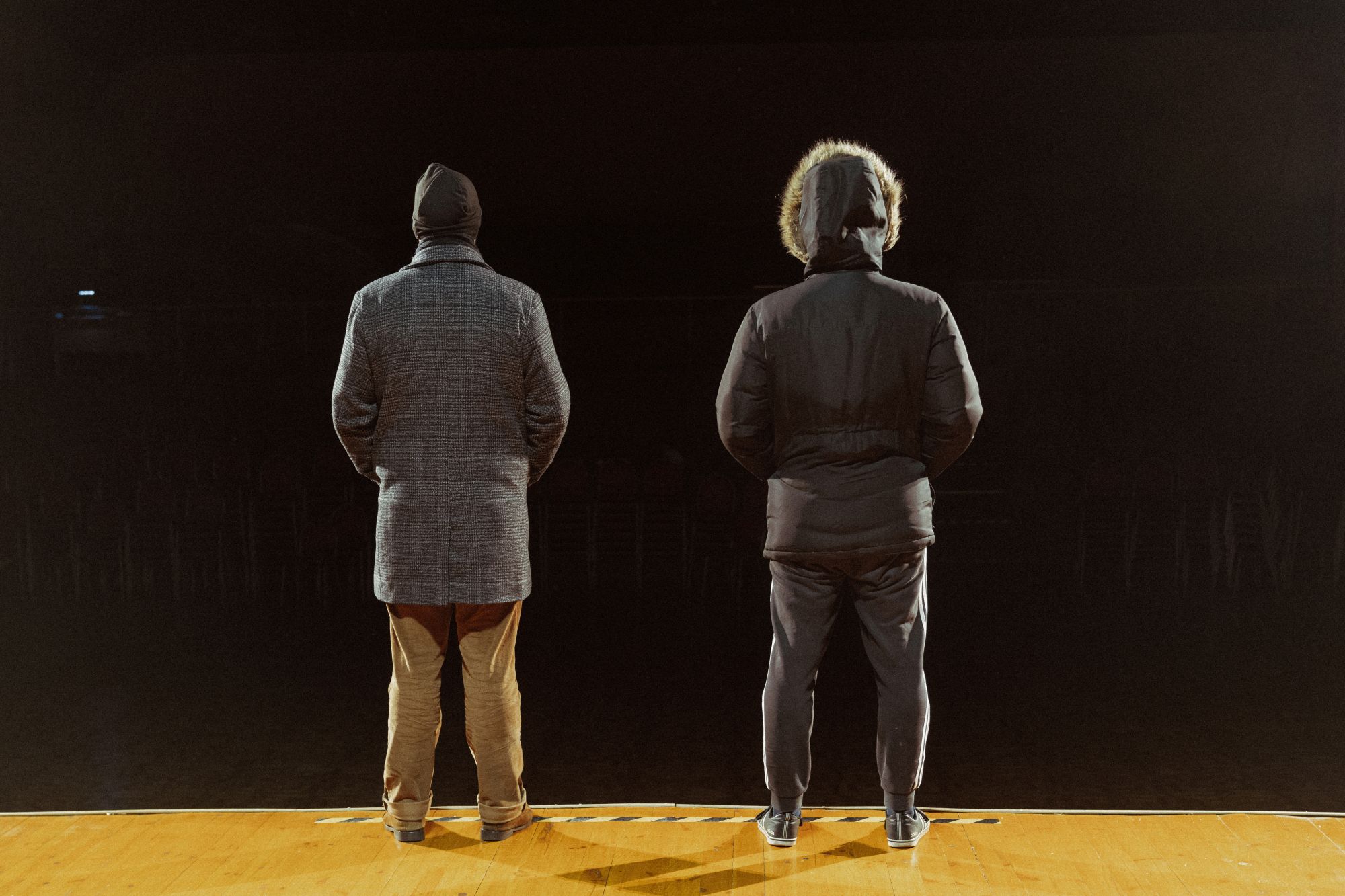 The Last Night of the Deer / Homo Novus

Accessible for audiences with mobility impairment. In Latvian sign language

Hide description
Jānis Balodis (Latvia), Nahuel Cano (Argentina)
In December 2021, Nahuel Cano was traveling from Amsterdam to Riga. Janis Balodis picked him up from a ferry in Klaipeda. They were driving. It was late in the evening, already dark, and a severe snow storm started right after we left Klaipeda. They decided to take a smaller road, and there we hit a deer. “The Last Night of the Deer is a story about that one December evening when they visited Lidl, refueled LPG in Viada and met an anthropologist, hit the deer, crushed a skull, got covered with blood and feces, were running from dogs, and were barely accepted in a taxi. It is a story about all-too-human forests and the more-than-human spirits that inhabit it.”

Janis Balodis was born in 1987 in Riga when it was part of the USSR. He grew up in Riga when it was (and still is) a part of the Republic of Latvia. Back then it was a place that was very much trying to catch up on things that were absent during the 50 years of occupation, like Neo-liberal free-market capitalism and free and fair elections. He has been working in theatre professionally since 2009 as playwright, dramaturg and occasionally as a performer. Janis is a recent graduate from DAS Theatre in the Netherlands. He also has been teaching drama at school and playwriting at the Latvian Academy of Culture. His main interests in theatre are related to society, asking – how are we here together? And are we together at all?

Nahuel Cano was born in Neuquén, Wallmapu, known today as Argentina’s Patagonia. He lives and works between Buenos Aires and Amsterdam. He is an actor, theatre-maker, and an autodidact sound experimenter. His practice is based in the modification of the given relationships that are created in a performative space, through and beyond the body. His field of artistic action is mobile, exploring the possibilities of performance, installation, sound, and theatre. Currently his explorations are sound and space based, in an attempt to listen and sound differently.